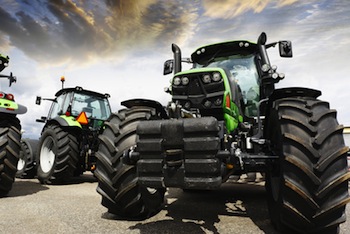 Whether you are working on traffic control, earthworks, construction sites, operating an elevated platform for roof work or a commercial floor scrubber, Battery Barn stocks a complete range of batteries for all machinery types including:

Whatever make or model of machinery that requires a battery, we have years of experience and dedicated research to provide you with the right choice and advice.

See our comprehensive list of Bosch batteries suitable for machinery applications in this table.

Whether you are a tradesperson, farmer, miner, builder or manufacturer you need reliable backup equipment.

To keep your tools of the trade operating in peak condition, Battery Barn stocks the complete range of testing equipment for items such as:

Give our friendly staff a call to discuss your testing equipment needs.

What size and type of loader might you need for your earthmoving job?  Does the job at hand require a skid-steer loader?

If you’re in the market for a compact track loader but unsure of the options, Battery Barn will offer CAT and Case comparison cases to help you find the right loader for the job.

Whether buying or hiring a CAT or Case loader, save yourself time by letting our staff help you make the right choice for your job and budget.

Come and see us or give us a call. Our trained staff have your comparison intelligence at their fingertips. 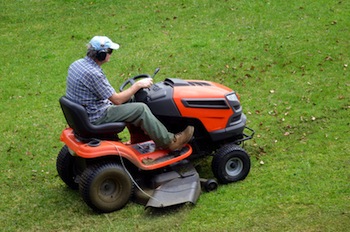 Many people value a well-manicured lawn and consider it part of their quality of life to enhance their beautiful gardens with a lawn that is of the same high standard.

It’s important to make sure your mower doesn’t suddenly let you down with a flat or poor-quality battery.

For many people of Toowoomba, lawn care is of great importance when it comes to our Carnival of Flowers in September each year.

A range of top brand name batteries are available to choose from with advice and installation by our knowledgeable and friendly staff, who appreciate the importance of your lawn.

A mower battery must be robust and durable enough to withstand vibration damage and at the same time it must also protect against contamination from dirt, grass, water and other debris.

From domestic electric lawn mowers and ride-on mowers to commercial lawn and turf care mowers, we can offer batteries which excel with qualities such as:

Maintain your battery’s performance by keeping it clean and using a recharger.  See us for after-sales battery testing and the right advice on all your electrical mowing needs.

Our competitive prices are sure to appeal whether your needs are small or large.  Whether you are powering over uneven acreage, taking care over a manicured lawn or zipping around a small domestic lawn, our reliable batteries will keep you moving. 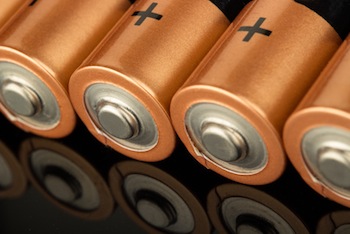 At Battery Barn we take your everyday needs seriously. A battery can be easily forgotten until it goes flat, possibly at an inconvenient moment such as right in the middle of taking wedding photos.

It is good practice to keep a stock of batteries and a recharger for urgent needs and to make sure your batteries keep working for as long as possible.

We stock every type of battery including for items such as: 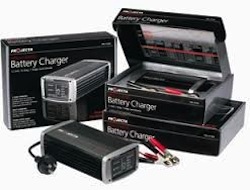 As with all our products we are happy to install and offer advice on brands and services.

Our team are read to answer any inquiry you may have.

The essential item in any home, garage, shed, mechanics’ workshop or industrial shed, there are battery chargers for all battery chemistries and sizes.

The chemicals in batteries power their reactions. Some of these chemicals, such as nickel and cadmium, are toxic and may cause damage to humans or the environment. Recharging your batteries rather than disposing of them can help the environment by keeping heavy metals out of landfill and air and will save you money and time.

The size of a battery dominates the rate of charge that is applied to recharge. The Projecta charger is an extremely versatile charger that has an adjustable output, which means that one charger can be used for many different-sized batteries. The Projecta charger also allows the user to select the type of battery that is being charged.

Excellent for the home handyman, off-road driving, boating, camping and many other uses, the Projecta charger is fully automatic, safe and easy to use and will maintain your battery in superior condition. 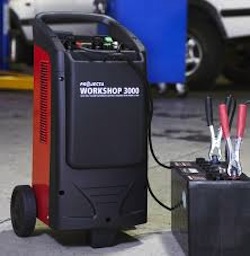 We stock a wide variety of accessories to mount, hold down, clean and jump-start your battery. We also stock everything you need to send power to and from your battery including chargers, plugs and sockets, isolators, DC-DC chargers, battery boxes and inverters. You name it we have it!

Inverters convert direct current into an alternate current. They are commonly used to run items such as sleep apnoea machines, laptops, lights and have many applications in a camping environment when away from 240V power.

Inverters convert 12V DC battery power into 240V AC power, which means you can run any 240V or mains power appliance, or piece of equipment. It is important to note that when looking for an inverter the size is important. Inverters come in many sizes from 150W up to 2000W and more.

We also stock inverters for items such as condenser microphones, desktop microphones and vehicle power adapters.

Pure sine wave inverters are used to operate sensitive electronic devices that require high quality waveform with little harmonic distortion. In addition, they have high surge capacity which means they are able to exceed their rated wattage for a limited time. This enables power motors to start easily, which could otherwise draw up to seven times their rated wattage during start-up.

Virtually any electronic device will operate with the output from a pure sine wave inverter.

Modified sine wave inverters (modified square-wave or step-wave) approximate a pure sine waveform. Modified sine wave inverters are designed to satisfy the efficiency requirements of the photovoltaic system while being less expensive than pure sine waveform inverters. These inverters are capable of operating a wide variety of loads, electronic and household items including but not limited to television, videocassette recorders, satellite receivers, computers and printers.

At Battery Barn obtain all your caravanning battery needs in one place with all the advice you could wish for. For living in comfort in your home-away-from home, we stock and install a wide range of batteries for equipment including:

It’s not always possible or desirable to hook up to caravan site power. Enjoy the freedom of getting away from the crowd and noisy generators by taking our advice on the best batteries for your needs. We will ensure you acquire a battery which will provide a steady flow of power over prolonged periods. Choose from our competitively-priced deep cycle batteries, gel batteries or car batteries.

We can also help you find the right design solutions in interior and exterior lighting.

Be sure to add a battery recharger to your purchase to ensure continuous reliable usage while on the road.

Our friendly staff understand your needs and will be happy to advise, install and assist in whatever way they can. If you find yourself in difficulty once you’re away from home, remember to call our road-side assistance.

Enjoy a ‘no worries’ caravanning experience.

Let our friendly staff advise you on the correct auxiliary battery and isolating system to install to make sure everything runs smoothly.

Battery Barn will supply and install from a range of auxiliary batteries and isolators for your car, campervan or SUV.

The right batteries will ensure you are able to run all your equipment including:

You may choose from either a combination starter / deep cycle battery or a starting type of battery.  Starter-type auxiliaries have lots of cold-cranking amps which will start your engine and power your 12V items, though the battery life may be a little reduced.

A combination starter / deep cycle battery will deliver the power you need, start or jump-start your vehicle and can handle continuous use.

A deep cycle battery runs until drained and may take a little longer to charge, but comes in a variety of sizes.

Taking our advice will make your next camping trip a memorable one for all the right reasons.

"Experience the Difference in our Service & the Power of our Products!"